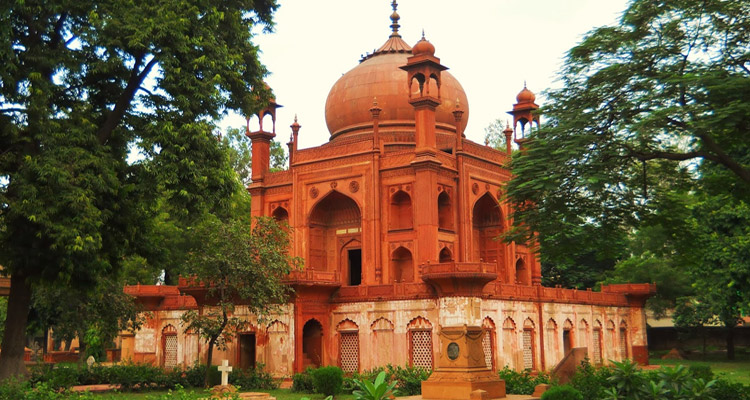 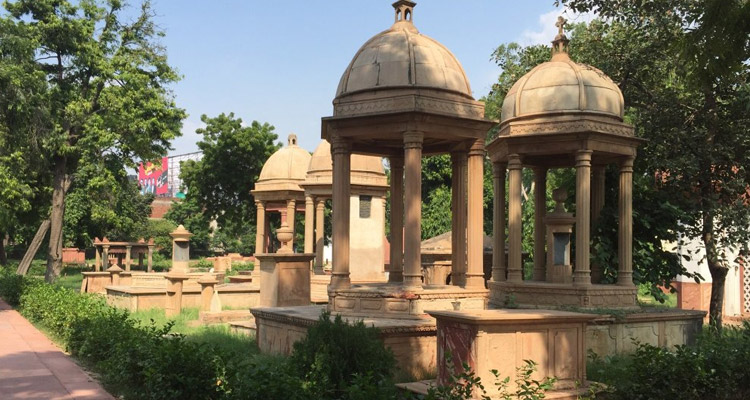 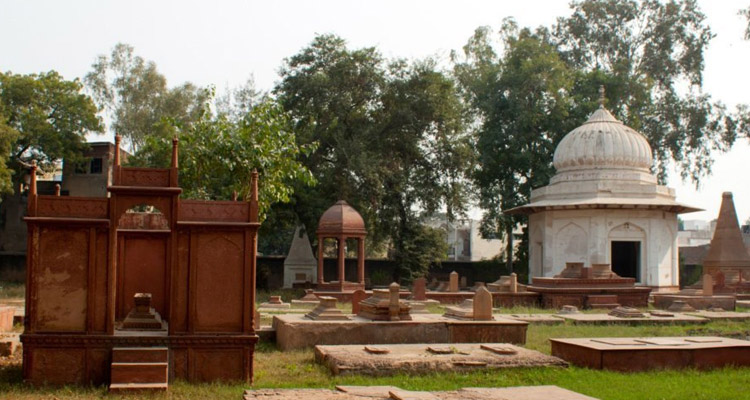 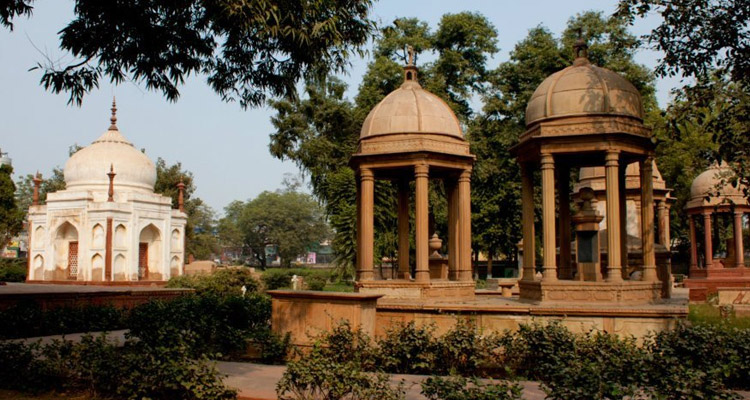 Agra's Roman Catholic cemetery is one of the city's most interesting and most overlooked historical sites. The graveyard is in a part of the Agra that is not often visited by tourists, and if you ask an autowallah to take you there, he'll probably either look at you with a blank expression and then drive away, or take you somewhere else entirely (and then try and make you pay for it).

The cemetery is remarkable for a variety of reasons, the first being the exceptional character of the inmates. Many of the more prominent tombs are those of European mercenaries and adventurers, such as John Hessing, Walter Reinhardt, and the first Englishman ever to buried in India, John Mildenhall. While many of the graves are British, the most prominent tombs are of a Dutchman and a dark-skinned European of indeterminate origin, both of whom were at one time or another actively fighting against the British East India Company. Though the cemetery is Catholic, many of the internees were from other Christian denominations.

The graveyard dates all the way back to the 1550's, when Armenian Christians who had moved to Agra during Akbar's reign started burying their dead there. A great number of the most prominent Europeans who died in North India during the Mughal and colonial periods followed, and the burials continued all the way into the early 20th century. Therefore the graves here span the vast majority of the history of European political involvement in India.

The styles of the graves and tombs say a great deal about both the people buried in them and the historical periods they inhabited. The centerpiece of the cemetery, Hessing's Tomb, along with that of Walter Reinhardt, belong to men who, through their military abilities, rose to prominence in India during the second half of the 18th century, a time during which Europeans in India were more likely to embrace Indian culture than in the later phases of European colonialism. Walter Reinhardt even went so far as to marry an Indian woman, who would go on to become rather more famous than he ever was. However, the graves dating the from the mid-19th century onward become increasingly European in style.

What's perhaps most interesting about the two most prominent tombs is how completely the builders embraced Mughal architectural sensibilities. In the case of John Hessing's tomb, there is not even a stylistic synthesis. The tomb is entirely Mughal in design, and you wouldn't know just by looking at it that it contains a Christian. Walter Reinhardt's tomb, frequently referred to as Samru's tomb, would be the same were it not for the crosses on the top of the otherwise thoroughly Islamic looking structure.

The information available about the graveyard is not so much limited as it is confusing. This is brought about both by the obscurity of the place as a tourist attraction and also by the lack of agreement on the events of the exciting, but frequently not entirely wholesome, lives of many of the people buried here. For example, when reading about Walter Reinhardt, different sources will claim we was from France, Germany, Switzerland, and virtually every other country in Western Europe. To make things even more confusing, most of the sources online seem to make mistakes as to who is buried in which tomb. Many of the people who have visited the graveyard have had an A.S.I. guard show them around, and I suspect that this one guard's tours have provided a large proportion of the information available on the internet. But, while I was there, there was nobody to guide me. I had to figure out who was who and where they were buried after the fact.

I got lost on the way there....Auto drivers from Taj Ganj don't seem to know where it is, so I had to navigate via landmarks in a part of the city I had never been to before. By the time I got there, it was late in the afternoon, with an overcast sky. I put a bunch of these photos in black and white, not just to be pretentious, but rather because with the colors being so fuzzy and muted under those lighting conditions, the pictures often just looked better without any color at all.