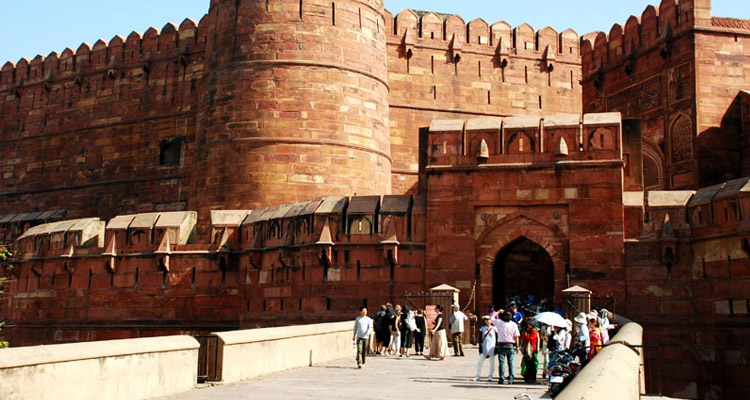 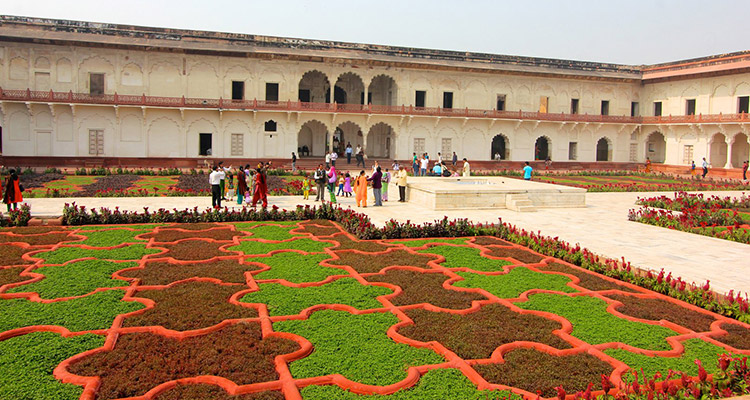 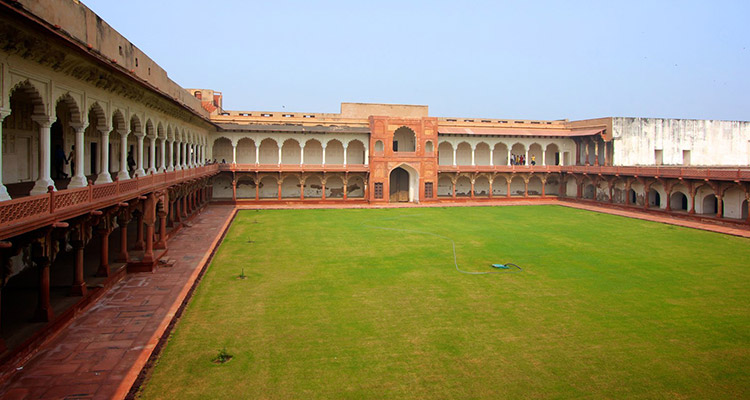 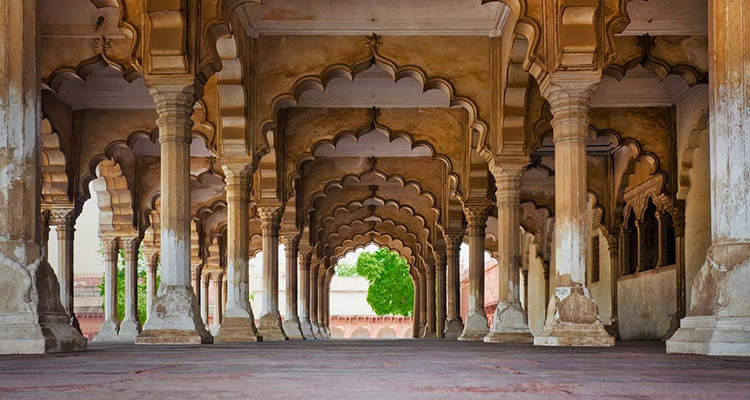 Agra Red Fort was designed and built by the great Mughal ruler, Akbar, in about 1565 A.D. It was initially built as a military establishment but later on his successors made many additions to the main structure. Several Mahals , which were built afterwards, converted half of the structure into a magnificent palace.

The Red Fort is situated in Agra, Uttar Pradesh on the banks of Yamuna River. It is known as Red Fort because it is built of a kind of red sandstone. Within this Fort there lies some of the most exquisite architecture of the Mughal Period; like the Pearl Mosque, Moti Masjid, Diwan-i-Khas, Diwan-i-Am and Jahangiri Mahal.

The Red Fort in Agra encompasses a radius of three kilometers and is bordered by a wall, which is 70 foot tall. Two walls made of red sandstone surround the fort. The Red Fort has four gates.

The fort contained more buildings in it but just a few of those remain till date. The most eminent of these remaining buildings is the Jahangiri Mahal; a multi-storied palace built by Akbar for his Begum, Jodha Bai. Among the other important structures that still remain are the Mausam Burj, the Diwan-i-khas, and the Shaha Burj.

Visiting Time and Entry Fee
The Red Fort in Agra remains open from sunrise till the setting of the sun, to welcome the visitors. The best time of the year for places to visit in Agra is from November to February. Children under the age of twelve will have the privilege to enter without any ticket. However, the adults will need to buy tickets worth five rupees to enter Red Fort.

Agra is well connected to Delhi by the means of air. Railway is another option to reach there. People from far away places come to visit Agra's Red Fort. It is simply stunning, a mind-blowing experience, the impact of which remains forever.