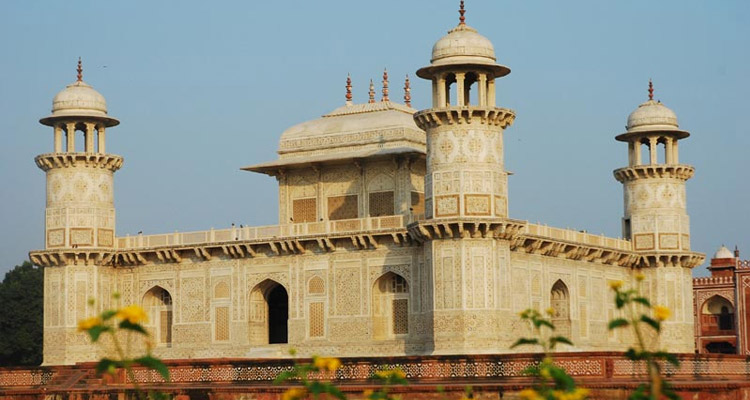 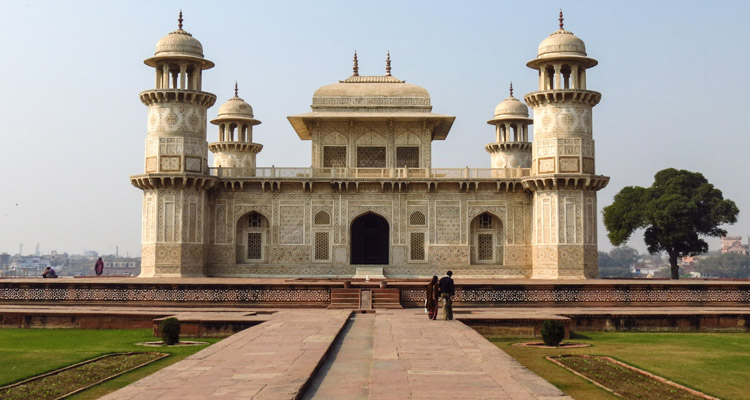 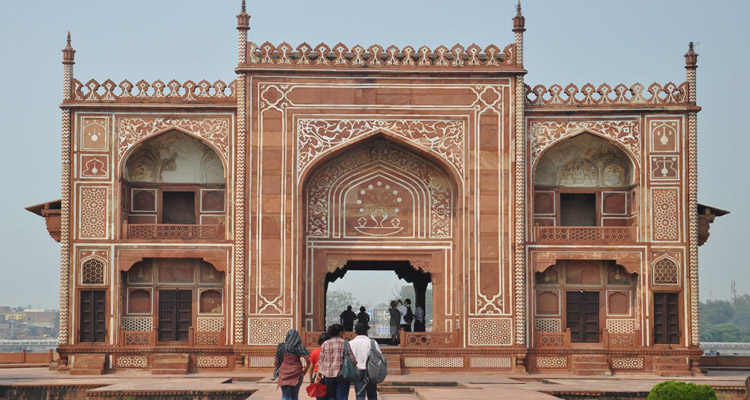 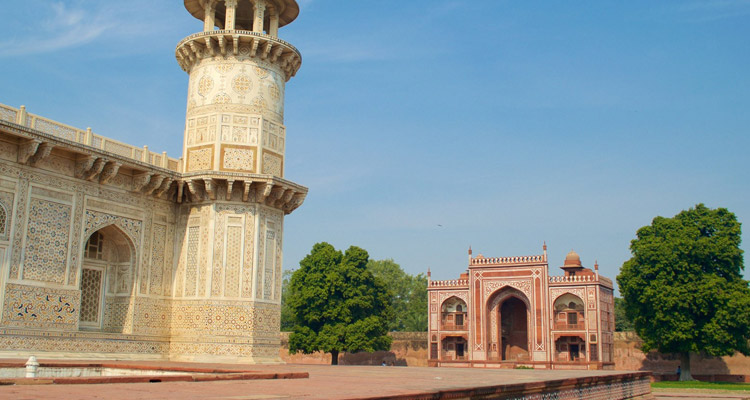 The Tomb of Itmad ud Daulah is the monument is a highly ornate edifice. This mausoleum is considered to be an imminent precursor of the Taj Mahal as far as the carvings and the inlay work are concerned. The structure of Itmad ud Daulah is much different from the earlier Mugal tombs built during this period and has a lot of inlay carvings. The importance of this monument in Agra, Uttar pradesh is just next to Taj Mahal and Agra Fort.

This tomb, built in the famed Char Bagh style is not a very large structure. The main chamber of Itmad ud Daulah is richly decorated with mosaics and semi precious stones inlaid in the white marble. The theme of wine flask with snakes as handles is a recurring one on the engraved walls of this chamber. The marble screens of geometric lattice work allows some gentle lighting.

Located on the left bank of river Yamuna, this mausoleum is set in a large garden with water course and walkways. The base of this tomb is about 50 sq. m in area and is one meter high. On each corners of this tomb there are towers which are about 13 meters high. The Tomb of Itmad ud Daulah is popularly known as the 'Baby Taj'.